The role of the Executive Committee is to support members in their training and professional development, to promote ACPEA Physiotherapists both in the UK and Internationally.

Elizabeth has been a member of this Professional Network for almost 50 years having joined in 1974 when she was a student. She began helping with RDA even before that and has been involved with the charity ever since. In 2016, on leaving the NHS, she founded Riding for Rehab, a multi-disciplinary Equine Facilitated Therapy practice (Physiotherapy, Speech Therapy and Occupational Therapy) and runs hippotherapy sessions both at home and in RDA groups or commercial riding schools. She also does expert witness work as an Equine Facilitated Therapy Specialist and is a National Classifier for Para-dressage. Elizabeth has been Chair of CPTRH for the last 7 years and now leads us forward as ACPEA.

Jennie is a Chartered Physiotherapist and has worked in the NHS and independent sectors since qualifying in 2009, working with both adults and children. She has always loved horses and enjoyed eventing through her teens and early twenties. Over the past two years she has made the move to bring horses more into her working life. She is a group coach with Belvoir Vale RDA, East Midlands RDA Regional Physiotherapist and is currently a student on the Equine Facilitated Therapy Course at Ulster University. Jennie was elected to the Committee in July 2022 and volunteered for the role of Treasurer, taking over from Fiona Hainsworth. She is hoping to set up her own equine facilitated physiotherapy practice in Nottinghamshire on successful completion of her course next summer.

Vicki is a Chartered Physiotherapist who is based within the North East of England. She qualified as a Physiotherapist in 2013 and has experience working both in the NHS and independent sector. Vicki was elected on to the executive committee in June 2020 and soon was elected to take the role of secretary. Since being part of the executive committee she has been heavily involved in the development of our new website. Vicki has been involved in the "horse world" since she was a teenager. She started volunteering for her local RDA group, Stokesley RDA, at a young age and has been involved ever since. On completion of CPTRH specialist course, Vicki set up her own Equine Facilitated Physiotherapy practice in 2019. Vicki is very much looking forwards to getting back to providing an Equine Facilitated Physiotherapy and Hippotherapy service to the children and adults within her region.

Victoria is a chartered physiotherapist; qualifying in 1992. She worked in the NHS and private sector in the UK, following which she  spent nearly ten years working in the USA in Chicago and Washington DC clinically and educationally.  It was there that she was introduced to hippotherapy as an intervention used in physiotherapy and worked as a volunteer for several years. Victoria then completed her training as a hippotherapist at Aberdeen university in the UK. Since returning to the North East in the UK, her career has been eclectic and rewarding; working as a senior lecturer at York St John university and running her own private practice in hippotherapy and traditional physiotherapy. Having a strong interest in research combined with her educational background Victoria was elected research officer 2 years ago. Aiming to support members and colleagues to drive the evidenced based aspect of ACPEA using the science to underpin the art of rehabilitation medicine/ physiotherapy using the equine. She has had a great passion for horses since childhood, having owned, competed and generally enjoyed being around horses. It was therefore a natural progression after 25 years of physiotherapy practice to combine her work with her passion for all things equine. She has passed on her passion of riding horses over to her daughter, who has now caught the bug just as much as her!

Rachel qualified as a Physiotherapist in 1989 from The Liverpool School of Physiotherapy and has been working within the speciality of paediatrics since 2000. She completed the hippotherapy course in early 2016 and set up her own practice in 2019. Her involvement with RDA started approximately 12 years ago, but has been more consistent over the past three years. Rachel has recently started her RDA coach training. She works very closely with RDA Rossington Hall Group near Doncaster, where she runs her hippotherapy sessions. Rachel is also a trustee for this particular group. Rachel has owned her own ponies for fourteen years, but she has been fascinated by horses from a young age.

Jo is a specialist paediatric physiotherapist and with her role she manages a clinical team at a small children's charity, providing additional  physiotherapy alongside a multidisciplinary team. Jo was elected on to the executive committee in June 2020. Jo has had her own small Equine Facilitated Physiotherapy practice for 6 years, where she hires ponies from commercial stables and from a local riding for the disabled group. Jo very much loves being outdoors and has a particular interest in paddle boarding and camping.

Hannah qualified in Physiotherapy from the University of Nottingham in 2010. After doing her rotations, she fell into specialising in Learning Disabilities by doing a 3 month locum placement that became a 6.5 year permanent position! She is currently working as a Band 7 Physiotherapist in the NHS Camden Learning Disability Team and has completed a postgraduate diploma in Postural Management for people with Complex Disabilities at the Oxford Brookes University. Hannah always had a passion for horses and loves to ride. Being able to combine knowledge of working with people with complex disabilities and horses feels like a dream come true. Hannah was able to complete a year of voluntary work in hippotherapy and therapeutic riding in the UK, Argentina and Tennesse. She has completed the CPTRH hippotherapy course and has recently started running her own hippotherapy sessions through her local RDA group in Buckinghamshire. Hannah is excited to join the ACPEA committee to help raise the profile of ACPEA.

Gilean was first introduced to RDA and Hippotherapy in 1979 when she started working at Gogarburn Hospital on the outskirts of Edinburgh. This was a hospital with permanent residents with Physical and Learning difficulties. The hospital had its own RDA Group run by the head Physiotherapist – Pat Veall. They had up to 5 ponies kept on the hospital grounds and they were used for RDA sessions and “treatments” (it was not known as Hippotherapy then.)These hippotherapy treatments were part of the physiotherapy programme for the Gogarburn patients . Gilean learned a lot from Pat in these early days and she was certainly one of the Physiotherapists who pushed Hippotherapy into the fore in Scotland. Over the next 10 years Gilean was involved as Physio and Coach in a new RDA group in the Scotland region. After a period away from RDA due to less time with family growing up, Gilean was approached in 2007 by Eric Mckechnie to become a Classifier for Para Riders. Through this Gilean became involved with the Scottish Para Riders Group and worked with them at training events. Gilean also was approached by West and Central Scotland RDA to become Regional Physiotherapist – a post she still holds. As a physiotherapist Gilean has worked mainly in the Musculoskeletal field both in NHS and Private Sector. Working with elite athletes including the Scottish Swimming Team and for Sport Scotland with Individual Athletes. Gilean is now Semi retired but still does the occasional clinic, Moving and Handling Training and Risk Assessments for disabled children in schools. Outside of work her interest is riding, competing and breeding Highland ponies. Gilean still competes at Riding Club events, TREC and Showing. 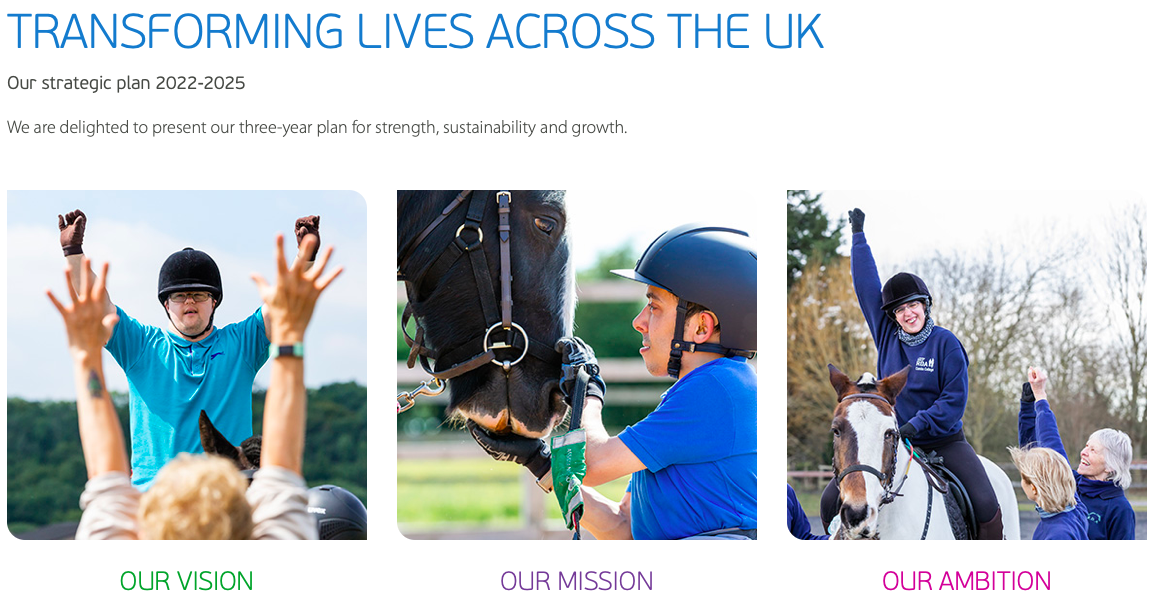